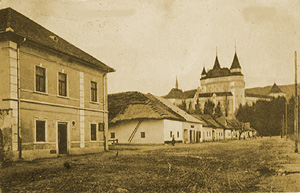 The origin of the municipal library date back to 1922. It was established according to the Act 430 in the year 1919 together with 75 other municipal libraries in Prievidza district.The first librarians were teachers: Helena Szomolaniova Maria Michalkova, Augustin Andris, Albina Spisiakova.

In the Prievidza district archives located in Bojnice a document was preserved in which there is the list of 635 books from 30th Nov.1930.

The ongoing political situation of the year 1937 had a slowing effect on the growth of libraries in the country. After spring 1939 libraries in Slovakia worked within the structure of the Ministry of Education and Culture in Bratislava, with the task to maintain the "moral and cultural development of the nation". That time lists of banned and recommended books were issued. In the district archive there are lists of books which were removed from the library fund.

During the Second World War 35% of local libraries in Slovakia were destroyed. Years 1945-1947 were the years when the destroyed libraries were renewed. Little is known about library activities of that time, but later periods are known from the librarians and people who worked there and who still live in our area.

Mrs. Elena Poljakova was the librarian since 1953. That time the library was open every day except Mondays from 4pm to 8pm, also on Sundays. The library was located on the ground floor of the First municipal house till the year 1964. Mrs. Maria Puchyova, Elena Kotrikova, Magdalena Fuchsova, Vlastimila Luptovska, Maria Bencova worked there. In the year 1964 Mrs. Elena Susekova became the librarian and she worked in this position till the year 1988. At that time the opening hours were changed from four to six, later to eight hours. A branch office of the library was established in Dubnica, a neighboring village, but it was closed in 1992.

The library needed larger premises, so a 10-year reconstruction of a historical building in the square was made with financial support of the Ministry of Culture and the district library in Prievidza within which Bojnice library worked. . 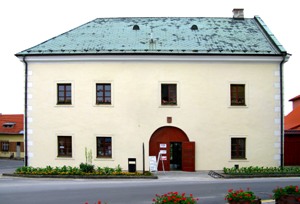 On 25th June 1986 the library moved to the reconstructed building and has been there since. The ground floor contains the children's department and shop. The department for adults is on the first floor. In the basement there is a large lounge.

During this time the library has become a professional institution in the network of public libraries, with methodical authority of Prievidza district library. Since 1988 Katarina Gabrisova has been the library director . In 1991 the library acquired legal personality.